My name is Anne. But that’s probably the most mundane fact that there is to know about me—a stark contrast from the highest of highs and the lowest of lows that this thing called ‘life’ has rolled out for me. Allow me to introduce a few of the highs and lows…the things that make me who I am:

I am a daughter to two, a sister to three and like to think of myself as a friend to many. Certainly many are a friend to me.

Likely a product of being raised in a 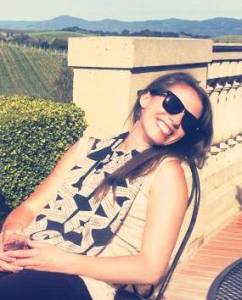 fairly traditional Army family [I just realized how ridiculous it sounds to call an Army family ‘traditional,’ as we’re anything but]. 32 countries. Almost all of the United States. 16 homes. 7 schools + one beloved University. A million and a half ‘once in a lifetime opportunities’ as the Temme clan coined it…yeah, nix the ‘traditional’ thing…I travel [like, really travel, not just the “I like the idea of traveling”…but the ‘I sometimes feel like I live in Terminal C at SEATAC’ kind of ‘I travel’].

Speaking of terminal…that icky thing called cancer…it’s certainly poked its ugly head into my life a time or two. That I’m what the masses call a ‘survivor’ is not my favorite thing about myself [my mom or my dad for that matter]…but it’s arguably brought about some other favorite things [think:  relationships so deep that words don’t even matter and finding such true, good, genuine joy in silly, small, but completely precious things]…It doesn’t define me, but that whole cancer bit added a lens to my life that you fellow ‘c-word’ folk can likely attest to.

My bald eagle friend who majestically looks out on my morning commute across Lake Washington makes my red, white and blue-colored heart burst. The Fourth of July brings out my favorite in people. Veterans are my heroes. Small towns with big trucks makes me swoon. There is nothing better than country music blaring on the radio with the doors wide open letting a breeze whip through the kitchen on a hot BBQ kind of night, except perhaps a good ole SEC upset on a September Saturday night. Plain and simple: I love being American. This place…a whole lot of this place in fact, is my home and has my heart.

But when I sit on my back deck with a bold glass of Malbec, watching the bikers roll down the trail amidst a sunset so pretty it cements the beautiful fact that there is a God and he loves us so, I can’t help but think “This. Is. Beautiful….but holy moly, there is a whole world of this kind of beautiful…”

Here begins my quest to explore as much of the beautiful as I possibly can. Here begins my journey to ‘growth and grace.’ A journey I hope you’ll follow along with.

One thought on “About”